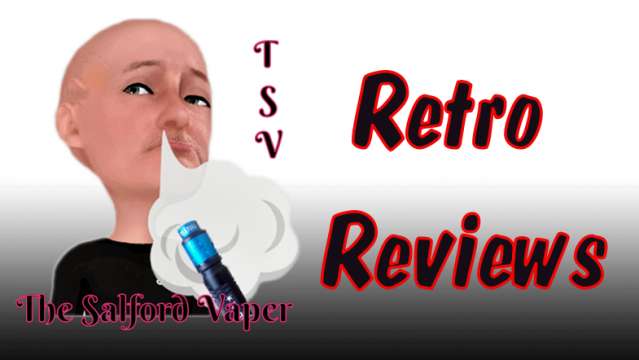 This Sunday I have a retro mod I've been wanting to do for some time. I'm talking about the iJoy LMC collaboration, The iJoy LMC Lux box mod. This is a big beast that had a maximum output og 215w. This is a regulated power and temp control mod and was the first magazine type mod I had come across. A big selling point with this device was the fact it came with two iJoy 40A 26650 batteries. Before the device was released two more sleeves had been designed and manufactured ready for it's release. There was a promise of more till iJoy release the same device under the EXO name and that was the last of any friendship between LMC and iJoy which ended up in a court case. The device itself has an easy menu to use and came with all the protection you needed in a regulated box mod. This device made its first appearance in August 2016.

All in all this is still a great mod to use.

This Video and channel is intended for 18 years and older UK, 21 Years and older USA. Disclaimer and dedication is at the end of this video.
#thesalfordvaper #iJoy #LMC

Unbiased reviews of everything Nicotine vaping-related. My opinions in my reviews are just my opinions As an enthusiast and hobbyist, I decided to create this channel to help smokers make the switch to vaping..

Its a big bugger, but I know people who loved it for the battery life

iT SURE IS MATE