There have been several examples of the AK being used as the basis for a pistol-caliber SMG or PDW. The Russians made the Vityaz, the Hungarians made the KGPF-9...and the Czechs actually made a version form the CZ-2000. This was the attempt to make a 5.56mm AK family of rifles form the roots of the 5.45mm Lada project developed in the last years of communist Czechoslovakia.

It is unclear who exactly this pattern was made for, as it wasn't a part of the formal CZ-2000 system. It is also not a very good adaptation, with a very short bolt travel, which leads to a very high rate of fire and makes it difficult to control by 9mm standards. Still, it is a fascinating one-of-a-kind prototype to get a look at!

Many thanks to the fine filks at CZ for giving me a chance to take this out of their archives to show you - and then to actually try it out! Check out all their social media here: 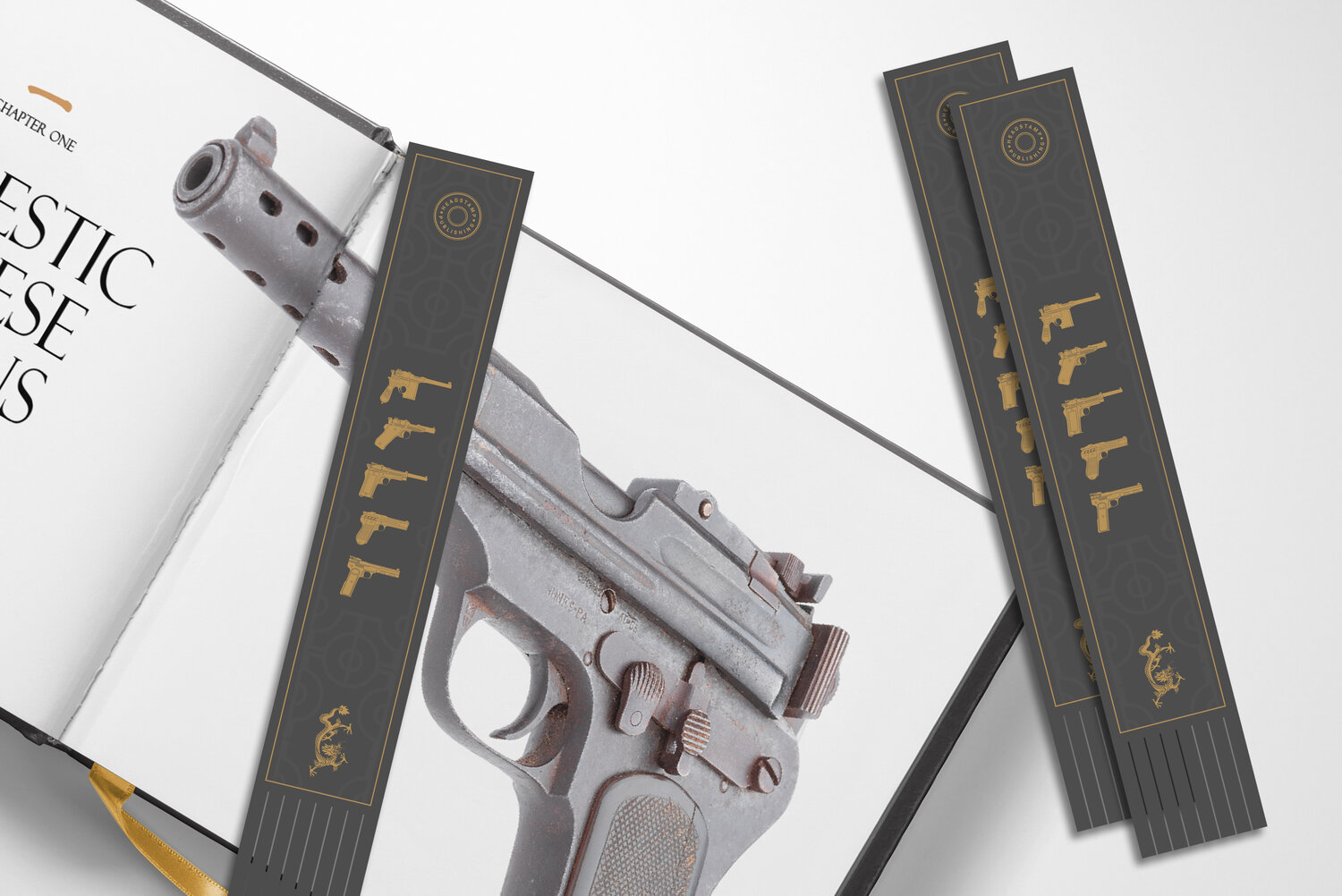 I appreciate that you're posting the version we can't see on Youtube. Thanks, Ian!

Very cool of them to let you take it out!

I'll be watching here from now on when ever there is a link here on the youtube video.

Thank you FW and YT for introducing me to Utreon.

I am continually amazed that you are able to persuade different collectors to fire their prized weapons. It is a wonderful opportunity to see rare items as they were intended to function!

Great to see the full version here on Utreon, keep up the good work

I guess this is where we're watching forgotten weapons now.

Thanks for sending me here.

Really it's a porotype so it didn't get the refinement of a normal product . I'm sure had there been interest in the project they would have worked out the kinks.

I like Utreon for hosting the full video, but they don’t have a 2x speed

I wish CZ would try to contact some of the retired guys to fill in the blanks on the history of some of these weapons.

Looks like something out of a videogame with a really wonky crafting system.

Let's Czech it out!

Thank you CZ for making this happen, that was very generous of you.

I've followed every guntuber (or anyone else) I can find on Utreon, will watch here rather than YouTube from now on.

It's a neat little gun with some kinks that never got the chance to be worked out. I think an up to date, fully realized version of this would be incredibly popular in the US as a pistol

Really wish more people would move here, both creators and viewers! Feels strange seeing a Forgotten Weapons video in the modern day getting only 100~ likes

I cannot find the "Subscribe" button on the Utreon app, I had to go to the website.

Honestly when you post that link I will probably follow it from now on. This is nice.

Very cool of them to let you try out something with a failing and likely unreplaceable part.

This is definitely better than YouTube . Learning the new controls of a new platform is always a funny process but not difficult. Hopefully more people agree.
I am glad to be here seeing your videos as you intended them to be viewed.
Thankyou for all the hard work you do and choosing to share knowledge with the entertainment you provide . I am becoming ever more wary of the gun channels that shoot fruits and toys to get paid , poke fun at learning and refuse to correct commonly misused phrases like "point blank range" which may be the biggest misconception ever amongst gun enthusiast. That is misinformation at it's fundamental level . While seemingly benign , things like that are absolutely not . All misconceptions ,misinformation, and uncorrected mistakes are potentially avenues the anti's can take to disarm the people . Just as in a court hearing , language matters and is used to determine law as well as used against us for politics. We have a bunch of people in government who have openly stated they are violating our rights , that point is to take the guns. It was ny representative Jerry Nadler . He doesn't represent me or anybody I know and I live in northern new York state. As a new Yorker , I can say government here is over stepping bounds , bullying the populous and have been for years pushing to create the " evil empire "state . They act like Mafia not government employees who are supposed to stand for the will of the people . They tell the people what they are going to do. They throw tantrums when they are not getting what they want, they prey on our tragedies, manipulate us through emotional volatility and keep people locked into the system if they need temporary help . The greatest human tragedy of all is the we can make anything happen if we acknowledge and accept our issues for what they actually are. We can change anything if we are aware of it and again, accept it for what it is. No excuses to lighten the metaphorical weight , no self lying to not feel the pain of inner truth , no "nicing" it up , no ignoring what we do not like to avoid negativity. We would then actually have clarity of thought and sight . At which point we can more accurately determine what actually needs to be changed and how to do it. For both personal situations and social ones , like dealing with the politicians who for some reason want us dead.
According to statistics available on the CDC website for studies of violent crimes , the powers the shouldn't be but somehow are ,want us so busy worrying about which side is right and who is going to hurt who on the streets ,that we don't pay attention to what they do in office what do ever. Why else would they be pushing to ban the items most proven for self defense ? According to the Obama administration between 500,000 and 1,000,000 lives are saved every year from the use of privately owned firearms to stop active ,life threatening ,in progress crimes. This is not considering prevention . This is heat of the moment . The same study says roughly 110,000 are lost do to homicide from all causes , per year. Which 25,000 of them are done with firearms , at the time of the study , roughly 2000 we're done by the so called "black guns" . So the guns these anti's target first and most are the least used out of all types of firearms, for criminal activity. CDC website is the reference material . Facebook can't contest this with their fact checks . Anti gunners cannot say it is pro gun and skewed numbers because it was a study ran by a staunchly anti-gun political administration . That group is in office now with Joe. He was Obama's vice president...he knows these numbers .thats why they have to lie . They cant just say "we want to ban guns , for the greater good ,even though it will kill the population of medium sized city every year . Because it could save 25,000 lives and that's a victory! " ...they may just say the truth at that point , " we don't care about you, or your rights or how well you live, we are going to do whatever we want to you and if we can get the guns , we can do literally whatever without backlash at which point you will be slaves. Don't forget to vote how we tell you too"
Because this is the level we are dealing with. Not just with guns , but for every single thing these people in office do.
If you don't know the truth , you can't know a lie . If you ignore the truth , you will seek that lie.

Thanks to the fine filks at CZ!

Farewell Forgotten Weapons. It is not YOUR fault...

It’s a really cool looking gun. I can see why it was unsuccessful but often unsuccessful is more interesting than boring near perfection.

Here's hoping Utreon gains more traction through videos like this.

So this is the fully semiautomatic gun people keep talking about.
It's kinda neat.

Way Cool, the CZ guys are awesome Thanks Ian for the films we enjoy the stuff you put together,

Ian you should consider putting the Utreon embeds or links on the website posts instead of just the YouTube embeds!

Really cool video, I really enjoy your analysis and troubleshooting of these prototypes.

Two for one? Best semiauto ever.

That being said I don't think this site is the right answer either. First of I had to make a burner account for 720p video (luckily guerrillamail isn't blocked). And to get 1080p I would've had to pay (like it's 2007, I mean what the fuck, for real). At youtube I'm nothing than dead weight to them with my adblock and never logging in, and they still have the decency to give me 4k when it's available. I'd rather leech off youtube's servers and pay my favorite creators elsewhere than switch to this contraption. And when youtube's guidelines ban some content, there's better avenues for publishing (like tpb for example, they ban nothing) that don't try to "compete" with youtube.

This site also gives a very sad impression, like a youtube equivalent of gab or truth social. Seems people who can't play by the rules end up posting on these kinds of b-tier options. Had a look around and there's tons of hate content that would rightly be banned from other sites. Overall i give this site a solid 2/5 and a promise to never return. 1 point for sorta working and another for dark mode.

I wish I could watch it but Only the ads will play. What’s up with that, Utreon?

That's a bug – should be dealt with shortly.

Cool video! Thanks for all the work you put into this channel!

uhhhhh you need to pay for 720p or higher?? VERY INTERESTING

Super cool to see a prototype like that. I wonder what the original dev team was thinking as they were working on it?

Ask Ian: Most Changed/Updated Rifle of the 20th Century?

@Southern Precision Tooling at the #iv8888rangeday2022

My SBA-4 Broke... What Kind of Customer Service?

You Dont Have an Individual Right to Own a Gun